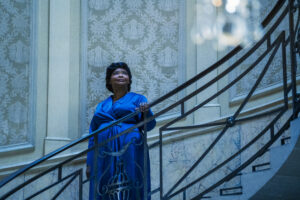 Octavia Spencer as Madam C. J. Walker in “Self Made,” the Netflix series.

When “Self Made: Inspired by the Life of Madam C. J. Walker” — the Netflix series starring Oscar winner Octavia Spencer — premieres on March 20, millions of people around the world will hear Madam Walker’s name for the first time. Thousands of people, who already know at least a little bit about her, will tune in with hopes of learning something new.

I can tell from the reaction on social media that there’s an audience hungry for a story of black women’s empowerment and African American success. There’s also a core group of Madam Walker fans who wrote elementary school reports about her and cosmetologists who followed in her footsteps. They have been waiting for decades for this particular tale. The excitement reminds me of the 1950s and 1960s when those of us of a certain age ran to our televisions on the rare occasions when a black person appeared on The Ed Sullivan Show or when Nat King Cole finally hosted a show in 1956. Of course, in 2020, we have many other viewing options, but as Walker’s biographer and great-great-granddaughter, I’ve come to know how attached many people feel and how personally they identify with anything related to Madam Walker. It’s wonderful to see so much interest and anticipation. In the last few weeks, I’ve received more than the usual number of speaking engagement requests and noticed the announcements of premiere night viewing parties.

But long before Hollywood came calling, many people recognized the power of Madam Walker’s story and identified with her struggles. The seeds that were planted decades ago are in full bloom. A century after her death, Madam Walker is having a moment.

In 1955, I felt my first moment of Walker magic when I opened my grandmother’s dresser drawer and found miniature mummy charms and receipts from the 1922 trip my great-grandmother, A’Lelia Walker took to Cairo. 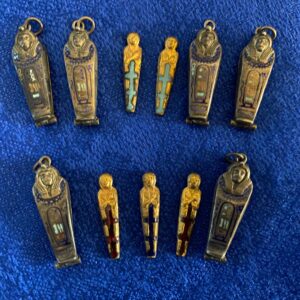 I was only three years old and had no idea that that discovery would lead me to write, The Joy Goddess of Harlem: A’Lelia Walker and the Harlem Renaissance, a biography  that will be published by Scribner in 2021. 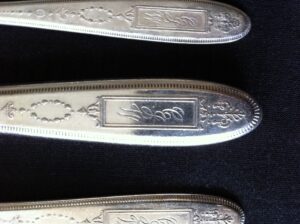 When I was a toddler eating dinner with my parents, there was no way for me to know that our silverware — with its “CJW” monogram — would inspire four books, including On Her Own Ground: The Life and Times of Madam C. J. Walker, the biography that provided the factual material for the fictionalized four-part Netflix series.

For the 2020 edition — available for pre-order now! with a publication date of March 24 — I’ve written a new epilogue and made a few revisions. I also recorded an audio book which already is available.  The book temporarily has been renamed Self Made to tie in with the series promotion. 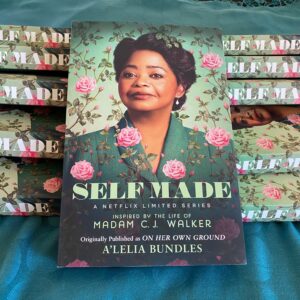 There are many events and initiatives during the last 50 years that have set the stage for this moment.

I wrote my first report about A’Lelia Walker in 1970 when I was a senior in high school. As a student at Columbia University’s Graduate School of Journalism in 1975, I was encouraged by Professor Phyl Garland to write my master’s paper about Madam Walker. At the time, there still was no major biography of Madam Walker or A’Lelia Walker.

Stanley Nelson’s 1987 “Two Dollars and a Dream,” was the first documentary about Madam Walker. Nelson, whose grandfather Freeman B. Ransom was general manager and general counsel for the Madam C. J. Walker Manufacturing Company, also directed and produced “BOSS: The Black Experience in Business”  a 2019 nonfiction film that includes historically accurate information about Madam Walker.

Here’s the transcript and the video. 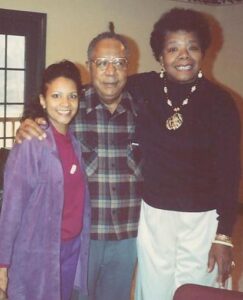 In 1982, Alex Haley, whose fame from the 1976 Roots miniseries still was cresting, approached us about producing a Madam Walker project. For the next several years, Alex was a helpful mentor as I traveled to more than a dozen American cities doing primary source research and interviewing nearly 20 people who had known, worked with or been friends of Madam Walker and A’Lelia Walker.

On a freighter trip from Long Beach, California to Guyaquil, Ecuador with Alex and two other writers, I finished the manuscript for Madam C. J. Walker: Entrepreneur,  a young adult biography published in 1991.

It’s stunning to think this was the first book length biography of Madam Walker ever published, especially now that my personal library is filled with more than 200 books that chronicle Madam Walker’s life from Tiffany Gill’s Beauty Shop Politics, Noliwe Rooks’s Hair Raising and Kathy Peiss’s Hope in a Jar to Hillary and Chelsea Clinton’s The Book of Gutsy Women, Jean Case’s Be Fearless and The Undefeated’s The Fierce 44. 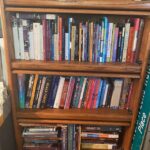 And the scholarship continues. Indiana University professor Tyrone McKinley Freeman’s Madam C. J. Walker’s Gospel of Giving: Black Women’s Philanthropy during Jim Crow will be published in November. Since the 1970s, many people have worked together on a range of initiatives to preserve Madam Walker’s legacy. Among the projects:

a campaign for the 1998 Madam Walker U. S. postage stamp 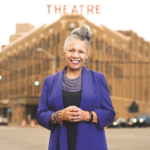 restoration of the Madam Walker Legacy Center in Indianapolis

digitization of more than 40,000 items in the Madam Walker Collection at the Indiana Historical Society where a 16 month Madam Walker exhibition — You Are There: Madam Walker 1915 –– opened in September 2019 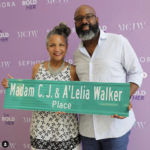 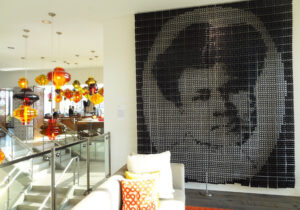 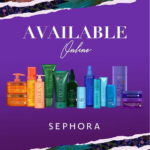 So, yes, the Netflix series will introduce Madam Walker to many people who otherwise would never have known about her. After you’ve watched the Hollywood version — where the writers have used a great deal of creative license to heighten the drama with characters who didn’t exist and scenes that didn’t occur in real life — we hope you will become curious enough to seek the facts. And of course we hope you will make your way to the new edition of On Her Own Ground as well as some of the blogs about Madam Walker and A’Lelia Walker on this website. There’s also a new audio book that I recorded a few weeks ago.